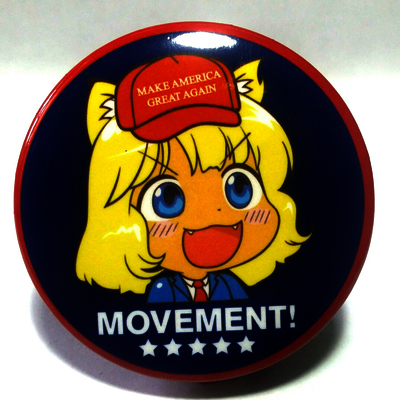 Let me first begin by saying that a lead of three million in the national popular vote is meaningless. Instead of running one big election, the US runs 52 different presidential elections and plenty of other senatorial, congressional, and gubernatorial ones. As long as you can win those that is all that matters. While it is true that a larger lead gives you claim to a mandate the national popular vote is not the metric to use for it. I will discuss the argument for mandate in another post. If the system changes then my analysis will change as well but until it does I standby my analysis in the rest of this article.

Where does the GOP go from here? The data says that in order to win future presidential elections the GOP does not need to reach out to new voting blocks. Empirical data says that the GOP absorbed a new voting block this election. Democrats argue that Trump has already hit his peak with working class votes and needs to reach out to other demographics but the data does not bear this out. The data shows the GOP only needs to unite the two factions inside its party and their electoral future is assured. Does that mean the GOP should stop all future outreach? Of course not. You want a bigger majority to get your things passed anyway and there are some groups the GOP can make inroads in.

To prove the points made in the last paragraph i will be studying the Presidential and Senatorial race in Pennsylvania. Trump of course represents the new nationalist wing of the GOP and Toomey represents the standard GOP. I encourage everyone to check the conclusions I draw and apply it to other states and I am confident the same results will come out. We have three general geographical divisions in Pennsylvania and other areas, Rural, Suburban, and Urban.

In Rural areas you have the Trumpian wing of the GOP ascendant. We routinely see Trump outperforming Toomey by anywhere from 5-20%. Lets take a look at some counties

In Clinton County Trump got 10022 votes while Toomey only got 8702 votes. That is around 15% more votes that Toomey could get if the two wings were unified.

In Elk County Trump got 10025 votes while Toomey got 8703 votes. That is around 10% more votes that Toomey could get.

The added benefit of these rural counties is more than just more votes. They are also spread out all over the place. This means they have a greater impact in more congressional districts. More often than not these counties represent individual small towns as well each with their own elective positions. This gives a unified GOP a bigger bench to draw from.

In the Suburbs the standard GOP wing fares better as some voters have been stayed by the GOP civil war. Throughout the election there was story after story about how Trump would end up costing the GOP the presidency, house, and senate and there was the very public resistance movements led by Mcmullin, Romney, and others.

The good news for Trump in the suburban and urban areas is the old adage “victory covers a multitude of sins”. Conservatives who have abandoned Trump during the election because may now be willing to fall in line since he has a proven track record of victory.

For this next part I have to rely on polling and some educated guesses as I lack some hard numbers. According to exit polls Trump won 35% of urban voters and 50% of suburban ones. If we look at these numbers we see that just by unifying the different GOP factions he can get an additional 3-7% of these votes. The GOP candidates running downticket would be able to get an additional 5-6% of the rural vote share. Quantifying this is a bit harder as I cannot see any breakdown of number of voters who voted in urban, suburban, and rural areas. To be able to come up with some sort of number however I will use the census data that says 75% of Americans live in suburban and ubran areas while 25% live in rural areas and assume that that was the breakdown in turnout as well. Using this I can come up with a rough estimate of an additional 1.5m-3m votes Trump could have gotten if the GOP were unified behind him and Toomey would have gotten 80k to 100k more votes. A unified GOP would be more than enough to secure the presidency and more seats with its current coalition.

Regarding outreach. The democrats are in a position where they have to expand their voting base. If they do that they must take up new causes which may not be popular with their current coalition. In any case what Trump showed by poaching the labor class from the democrats is that the longer a group stays in a coaliton and the more secure the party it is on it then the more its issues are taken for granted. Using this theory the GOP should go after the staunchest democrat constituencies. According to polling that would be the African Americans who vote democrat 90% of the time and the Jews which vote 70% of the time. As luck would have it Israel presents a perfect issue to woo these voters with and Trump is already trying to charm the African American voters non-stop. In fact I predict that the Flint Water Crisis will be solved or on the way to being solved within his first 100 days.

If the GOP follows these suggestions 2018 and 2020 should be won with no problems.

One thought on “The Future of the GOP”