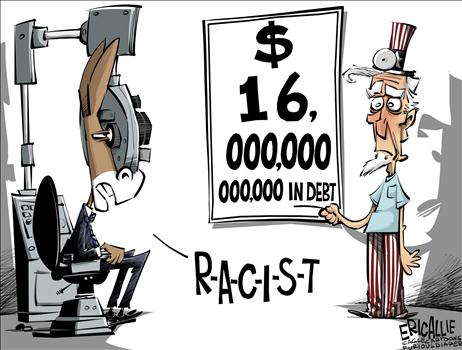 Also known as how the democrats will lose in 2018 and 2020. If you don’t know what the justice democrats are they are basically a rebranding of the Bernie wing of the democratic party. No corporate donors, no “establishment” politicians, and an attempt to return to its roots.

Don’t get me wrong. I like the policies. I would much rather have these democrats in charge than the shrieking social justice warriors of the Hillary camp. Ideologically I am closer to these democrats as well, though I suspect they will be very soft on illegal immigration. This will be a disaster not because of policy but because they are committing the same mistake Clinton did.

So what exactly did she get wrong? Everyone will give you a different answer but the fundamental issue is that she assumed the other wing of her party would go along with her. Yes there were some crumbs thrown to the Bernie wing in the party platform. Yet everyone knew  that following that platform was optional and leaders often have ignored it. In contrast the Bernie wing was frozen out of almost all leadership positions. Paine the VP came from the same faction as Clinton. The Bernie grassroots base were regularly ignored in the campaign. Of course we have the emails and the DNC collusion. As a result the Bernie faction believed they would get nothing as none of the actions lined up with the words.

Everything actually boils down to this. From her hubris, to her emails, to the russian hacking. Ignoring the other portion of the party led to very soft support for her which melted away at the slightest pressure. Whereas support was firm for Trump as each part of the coalition believed they would be getting something. Building a proper coalition would have let her weather the scandals.

Contrast this with Trump. First off his Vice Presidential pick was Pence. If you asked anyone on the alt-right or in the Donald subreddit none of them would have placed Pence in the top 5 of their picks for VP. Which was what made him a very good choice. He represented the evangelical wing of the party and was enough to get them to support Trump despite pussygate. The leadership team of the Trump campaign itself came from many different factions in the party. Some formerly with Cruz and some with other candidates. About the only faction that was frozen out were the neo conservatives and Trump did pay a price for that with the candidacy of Mcmullin as well as other party leaders actively opposing Trump. It was mitigated slightly with constant talks of increasing military spending which may have won over the neoconservative base if not their leaders.

Notice that I have not weighed in on the quality of the platform of the Justice Democrats. It is all very good and admirable from my perspective. The problem is different people want different things from the party. The Justice democrats know what they want. They know exactly what they want and are not willing to accept any less. The restrictive nature of their platform means that they lock out any potential coalition partners. If you’re a democrat reading this don’t take my word for it. The leading figures in this movement seem to be Cenk from TYT and Kyle from Secular Talk. What is their message? To all establishment democrats get out of the way or get run over. We will primary all of you.

You believe in the issues you fight for and I understand that. I believe in the issues I fight for as well. Ask yourself though. What is the difference between Hillary telling Bernie to get out of the way and support her and Cenk and Kyle telling the establishment democrats to get out of the way and support the Justice democrats? You may believe that the Justice democrats have the right policies so people should get behind them but not everyone will believe as you do.

This will shock some people but when it comes to electoral coalitions the alt-right nationalists that make up much of President Trump’s base makes a far better coalition partner than the Justice democrats. The alt right has relatively few demands and knows which particular issues it can compromise on. As long as we have economic nationalism, Border controls, and a realistic view on the dangers presented by Islam we can compromise on the rest. Abortion, guns, and a whole host of other issues are negotiable. If we had a left that was not as globalist as it currently is it is not inconceivable for us to coalesce with it.

I want the Justice Democrats to succeed. I think they will be much better for the country than the establishment Democrats as they have a nationalist component which is why I made this article. I intentionally stayed away from policy discussions as I believe the process that the movement is being driven is what will cause its failure not policy.

For the Justice Democrats to succeed they must figure out what their core concerns are. What is most important to you and what can you give up to bring more members into your coalition. On a happy note if they do fail then its 8 years of Alt-right Trumplicans. Good times.